Our community-driven team is willing to take a chance on the success of each of our clients; we help you beat the odds. These team members, plus many more, are here to help fuel your opportunity.

It’s no wonder this community-driven, family-centric personality is the glass-half-full type—she has a lot to celebrate.

Awarded the 2004 Volunteer of the Year and Honorary Captain Awards and 2009 Honorary Board of Directors Award from Wisconsin Main Street, Mary has even been featured in Bay Business Journal’s “20 People You Should Know” and YOU Magazine’s “20 Women to Know”.

As a highly active community member, Mary has served on boards for On Broadway, Inc., American Red Cross of Northeast Wisconsin, NeighborWorks Green Bay and was a founder and board member of the Vickery Village Community Association in Suamico. In addition, she chaired, co-chaired or volunteered for a number of organizations including: chair & volunteer of the American Heart Association “Heart Ball” Auction Committee, planning committees for the American Red Cross “Dancing with Our Stars” and golf outing and co-chair of the Promotions Committee for On Broadway, Inc. (Taste On Broadway, Farmer’s Market On Broadway and Winterfest On Broadway).

She’s also an incredibly involved parent, having supported her children in everything from mission trips to volleyball programs. In fact, this self-described “volleyball nerd” can often be found watching her daughter play the sport.

How does she manage it all? Her motto of “controlling the controllables” helps her keep laser-focused. 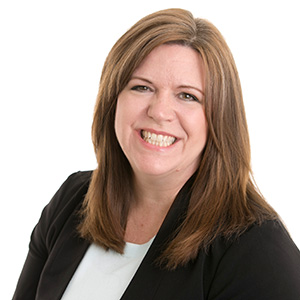